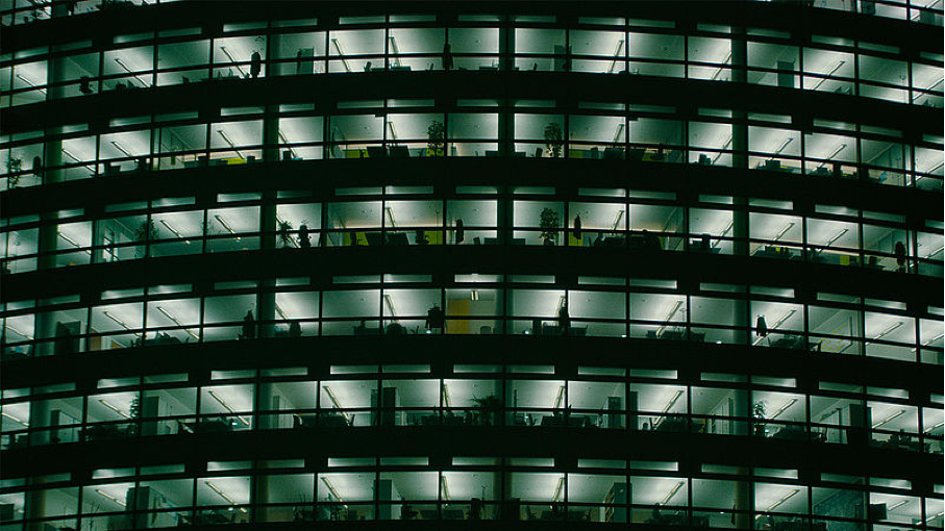 Last week, I watched the short Dutch graduation film by Max Baggerman “Als je later groot bent” [English: When you are a grown up]. Shot pre-corona, the film shows commuters in long, slow shots on their way to work, in a traffic jam, or in the subway. Other scenes show workers in huge office buildings sitting behind identical computers, typing away all day – an almost surreal and nostalgic check-in with the past nowadays.

The film creates an absurdist portrait that makes you wonder what it means to be human in a work-driven society and the role of the office in it. This is, especially now, a very interesting question.

With much interest, I have been following the changes that the 1.5-meter society has brought about. And so, I will highlight a number of these developments and their effect on the function of the office and the office real estate market below.

With an average of 11% of the workweek working from home, the Netherlands already was a leader in location flexibility before the corona crisis. And new research by NRC shows that the Dutch now want to double this. So, it is subsequently assumable that we suddenly need 20% less office space?

Possibly. But this will definitely present a logistical challenge. What if everyone wants to come to the office on Tuesdays and Thursdays to come together for important meetings, it will then still be empty on Wednesdays and Fridays. Therefore, on balance, you still need the same space.

The smarter use of space, for example by renting a smaller office and a separate meeting room for the meetings with the entire team can be a good solution. Also in terms of costs. Of course, we are all eagerly looking forward to the time when we could gather the complete team in one space, but for the time being that seems to be off the table.

Continuation of flexibility in the office market

Conventionally leasing an office space for five or ten years has already been on the decline in recent years. And now, this trend of course only seems to be accelerating even further. Opinion leaders such as Ed Bouterse from Savills even dare to say that 25 – 30% of the office market will be rented out flexibly in the next 5 years. At ScaleHub Offices, we see not only small and medium-sized companies but also a growing group of corporates that are opening a flexible office in the capital. This confirms this is not restricted to one industry or company size.

A wave of subleasing

Those same corporates will be re-examining their accommodation requirements in the coming years. ABN Amro took the lead and is selling its HQ in the Amsterdam Zuidas area, only to lease it back in part after the sale. The question is who will rent the rest of the offered square metres?

Personally, I also see this kind of messaging on my Linkedin feed. Fast-growing companies, that are now choking on the rent of their spacious office spaces, are looking for a way to rent a part of it out and have started to promote the space that is still out for rent.

Next to that, I am also hearing statements during office tours like: “Nice space, but we can get 160 m2 on the canals for price x!” Sure, if this is exactly what you are looking for, then it can be a great opportunity, and of course, if the space is perfect for you, you should take it up immediately.

But just like buying a house, there are so many additional aspects that can make a space less than perfect. Price is not always everything. Above all, I always advise to look at the flexibility of the agreement; facilities such as fast internet, sufficient meeting rooms and telephone booths since these are difficult to price but especially valuable.

Ultimately, subleasing is not an isolated phenomenon, but a symptom and by-product of flexibilisation. A mismatch between supply and demand, with subleasing as a solution because the main tenant is still tied to the rented property.

Efficiency is not everything

We are in the middle of the biggest home-working experiment ever. With almost a year of homeworking on the counter, we can hardly estimate the effects of this on the creativity and innovation power of companies. A survey of three thousand workers conducted by the Netherlands Bureau for Economic Policy Analysis (CPB) found that productivity increases when working from home. The same study also showed that if too much work is done at home, the effect becomes negative again. It seems that “a minimum amount of face-to-face contact is needed to establish a good working relationship”, according to the CPB study.

However, the study also reports: “Particularly implicit knowledge is not easily spread. The effect of the five minutes before and after a meeting [which are now disappearing due to its digitalisation], in which the best ideas can emerge and knowledge is exchanged, cannot be measured now, but we should not underestimate it.

Whatever the future of the office may hold, it is certain that working from home will become even more important, but that having an office simultaneously will not become redundant and important for spreading good ideas, cooperation and focus. The self-evidence and use of the office will however change dramatically.

In the coming year, ScaleHub offices will look for additional services and business models that fit with these recent and upcoming changes. Like always, we will focus on providing office spaces where a good working environment facilitates both good cooperation as a space to work with stellar concentration. 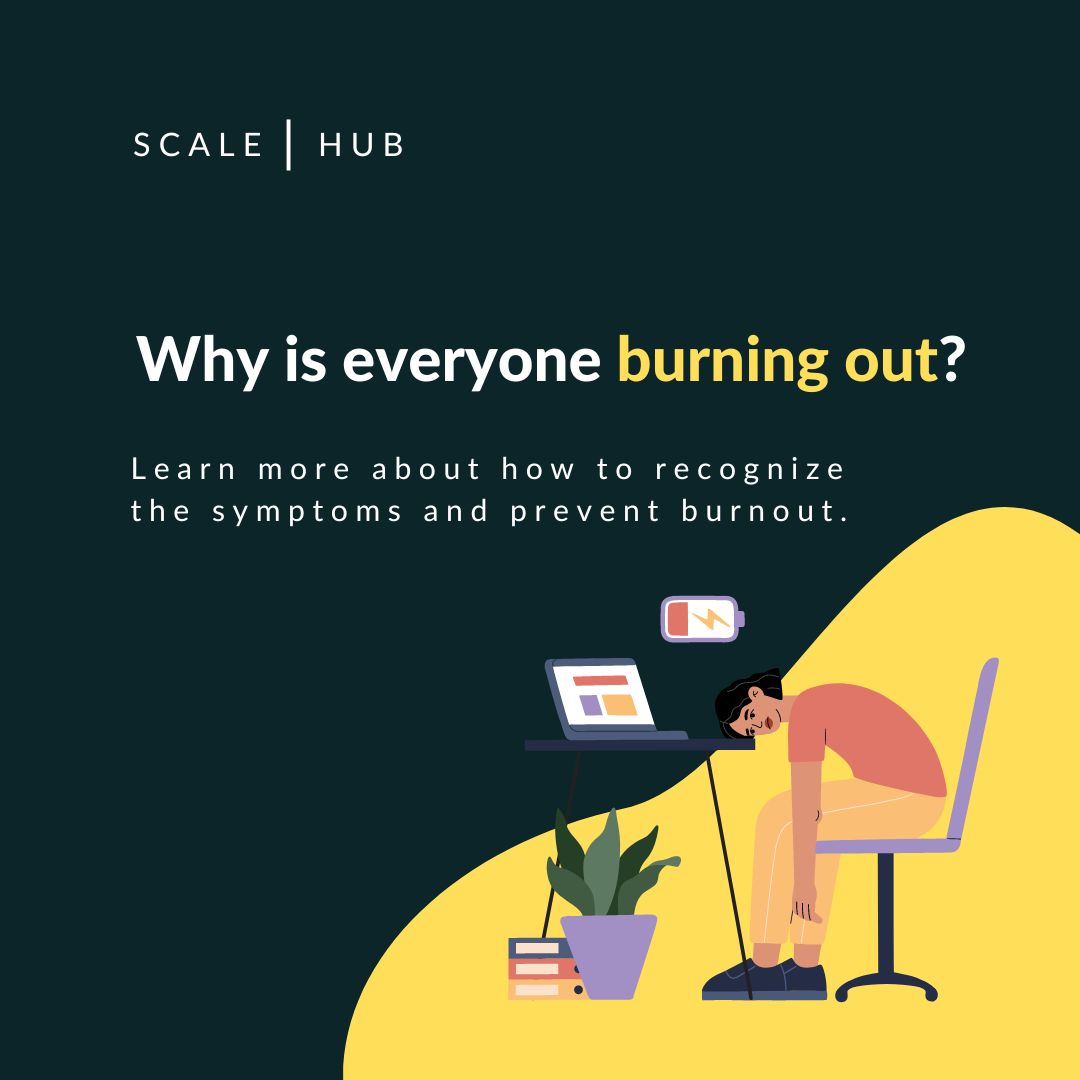 We live in a time where many people are just plain exhausted. In fact, one out of every seven employees is burnt out*. You’ve ...
December 7, 2022by Thom van Wijk
Read More

How often do you look at a pile of unfinished work or tasks and can’t muster up the energy to get it done? Instead, ...
November 14, 2022by Thom van Wijk
Read More 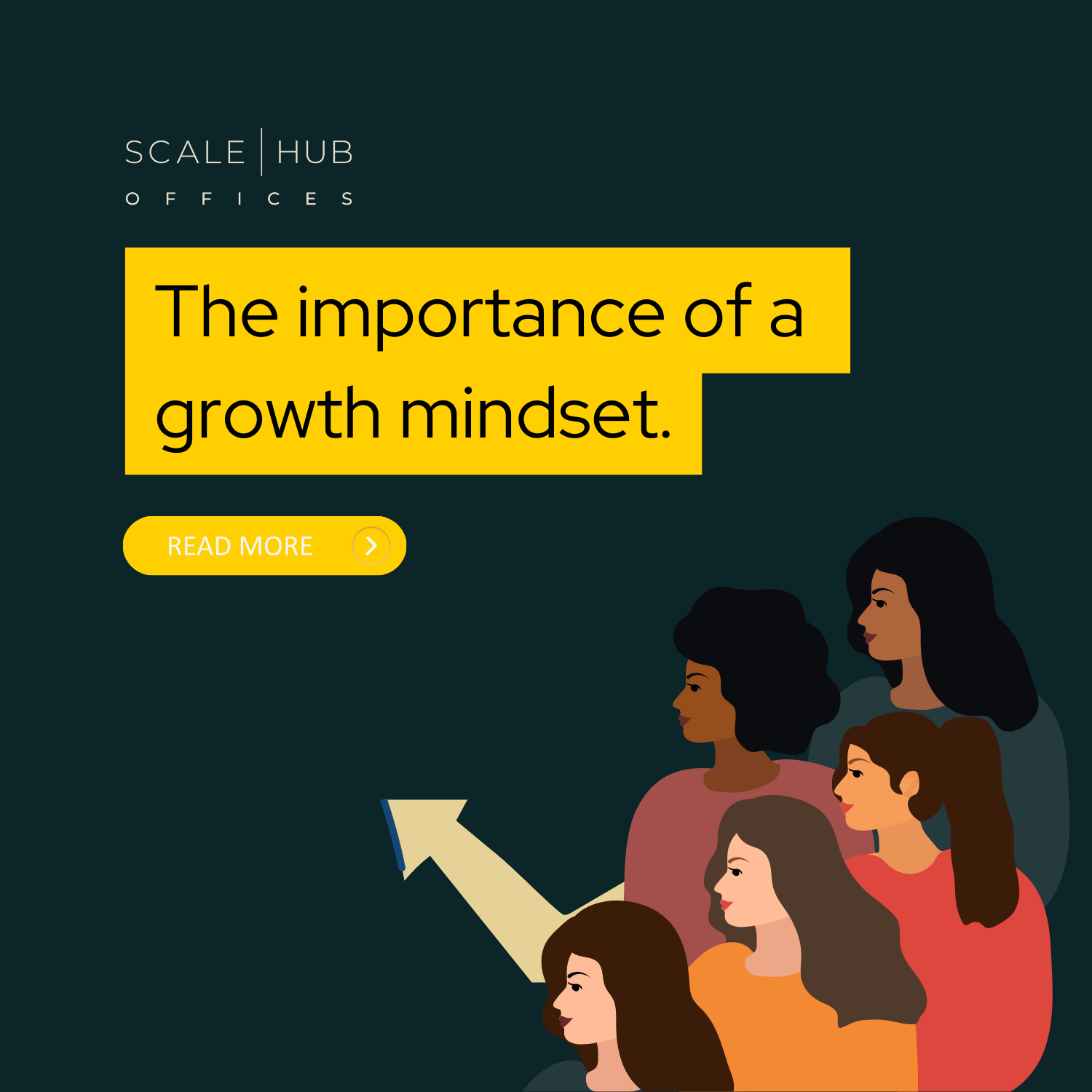 Anything is possible with the right mindset. You’ve probably heard this one before. Well, anything may be a bit of an overestimation, but that ...
October 3, 2022by Thom van Wijk
Read More
[wpml_language_selector_widget]
Menu